This movie offers an ageless message about the importance of paying attention to how we spend our time.

A cynical TV weatherman (Bill Murray) is anything but excited about being stranded in Punxsutawney, Pennsylvania while covering the annual Groundhog Day festivities. But things get even worse the next morning when he wakes up to discover that by some freak of nature time is standing still, and his life is permanently stuck on February 2.

Violence A-
Sexual Content B
Profanity B+
Substance Use --

Bill Murray stars with Andie MacDowell and Chris Elliot in this comedy about cynical TV weatherman Phil Conners who is anything but excited to be covering the annual Groundhog Day festivities in Punxsutawney, Pennsylvania. Anxious to leave town as quickly as possible, Phil and his crew get caught in a blizzard and are forced to return to the groundhog’s home. The next morning Phil wakes up to find out he gets to do it all again, and again, and again. For some reason, his life is stuck on February 2nd.

This movie provides some very unique ideas of what you could do if granted the gift to live the same day of your life repeatedly. At first Conners sees the strange time warp to be more like a prison sentence. Yet after a few rerun days, he uses the strange phenomenon to his benefit. He eats too much, lands himself in jail, and explores his romantic fantasies providing the film’s relatively mild sexual content. Then the old “too much of a good thing” adage kicks in and Conners bores of the routine.

At this point the real magic of the movie begins, with Conners starting to look for better things in life. Learning to love those he used to despise, and knowing the exact moment when someone in the community will need a helping hand, the once icy weatherman takes on a caring persona. He also finds time in his days (daze?) to explore and develop talents he never had before.

While at first impression this movie may seem merely amusing, it has the sort of premises that could keep you musing for quite a while. And the message of Groundhog Day doesn’t seem to grow old. As people age, they tend to become more aware of how quickly the years are passing. In between the laughs, this film gives us a chance to pause and observe how we are spending our time and what things might be missing in our lives.

If you were given a chance to live a day over, would you take it? What kinds of things might you want to change? What experiences would you want to live over again?

If you were given an infinite amount of time, what activities would you peruse? What is keeping you from exploring some of those things now?

The most recent home video release of Groundhog Day movie is January 29, 2008. Here are some details…

Replay Groundhog Day with this 15th Anniversary Special Edition DVD release. Bonus materials include A Different Day (an interview with Harold Ramis), The Study of Groundhogs (a real life look at marmots), and The Weight of Time (a making-of documentary). As well, fans can check out newly-discovered deleted scenes and listen to an audio commentary with director Harold Ramis.

Look for a comedic Bill Murray in Larger Than Life, the story of a man who inherits an elephant. Movies that toy with the idea of getting a refund on time so it can be spent a different way include 13 Going on 30, The Family Man and It’s A Wonderful Life. 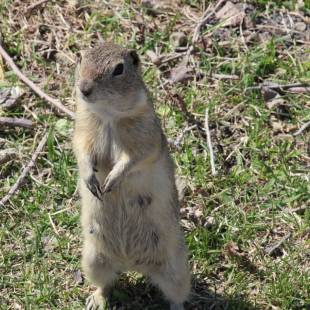 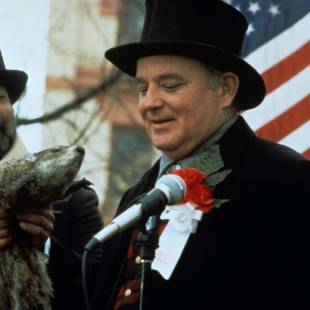 5 Days to Celebrate in February