"The Good Lie" will likely change the way you see your own life and help you appreciate the trials of others.

Carrie Davis (Reese Witherspoon) is forced to go above and beyond her job description as an employment counselor when she agrees to help three refugees from Sudan, Africa settle into a new life in America. This movie is based on the Lost Boys of Sudan.

Why is The Good Lie rated PG-13? The MPAA rated The Good Lie PG-13 for thematic elements, some violence, brief strong language and drug use.

Civil unrest and a savage war that ravaged Sudan in the early 1980s left thousands of children orphaned. Forced out of their villages, many of them walked hundreds of miles to find a safe haven. Among the displaced civilians is a group of kids who watched their parents gunned down and their homes torched. As the eldest son of the Chief, Theo (Okwar Jale) must take charge even though he is only a boy, and lead his younger siblings and their friends away from the conflict.

The movie, based on the experiences of the Lost Boys of Sudan, details the unimaginable hardships endured by these survivors as they make their way to the Kakuma Refugee Camp in Kenya. Living there for over a decade, the now grown children can only hope for a miracle to get them out of their situation. Finally, through the luck of a lottery, Mamere (Arnold Oceng), Jeremiah (Ger Duany) and Paul (Emmanuel Jal) are picked to go to Kansas City. But Mamere’s sister Abital (Kuoth Wiel) is chosen by a host family in Boston.

Thrown into a new culture, the three young men are at the mercy of Carrie Davis (Reese Witherspoon), an employment agent assigned to help these new arrivals find a job—something for which none of them are prepared. For all her career, Carrie has managed to remain aloof from her clients. However, that is hard to do with these Sudanese refugees who look to her for everything, including making sense of things like telephones, pizza, and health and safety regulations about expired food products. As Carrie helps these youth understand the intricacies of their new homeland, not only do they work their way into to heart, but they also give her a fresh perspective on life and what things are really important.

Produced by a group of well-known filmmakers, such as Ron Howard and Brian Grazer, this movie stars former child soldiers and lost boys, as well as the children of real-life Sudanese refugees. The actors’ life experiences lend credibility to this story that emphasizes the challenge of leaving family, friends and everything that is familiar behind. (One scene, that epitomizes the difficulty of preparing the asylum seekers for their new world, shows a teacher in the refugee camp passing around a block of ice so the emigrant-hopefuls will know what winter feels like. While it is likely the best comparison the educator could come up with, it is still woefully inadequate.)

Although the film underscores some of the violence while telling the tale of the undeterred resilience of these refugees, the movie’s content makes it a better choice for teens and adults. Along with war scenes and shootings, the film contains an after-sex scene between two unmarried friends, illegal drug use and some strong language when Carrie confronts the bureaucracy at the immigration office.

However the movie’s most inspiring moments may be the unselfish sacrifices many of the characters make for others. Whether it is putting their own lives at risk, or exchanging personal comfort and goals for the happiness of someone else, The Good Lie will likely change the way you see your own life and help you appreciate the trials of others.

Violence: Depictions of war and conflict are shown, many involving children who watch their parents killed and their village burned to the ground. Screams are heard as people are shot off-screen. Dead bodies float down the river. Weapons are fired from a helicopter and explosions are seen. Children frighten off animals that are eating their dead prey and then drag the carcass off to eat it. Children die from exposure and lack of water. Boys scuffle. Depictions of the war torn countryside are seen. A man with severely burned legs waits to die. Soldiers take a boy captive. A man takes about his brother being eaten by a lion. Scars from encounters with animals and soldiers are seen.

Sexual Content: A partially naked man is seen in bed while a woman dresses. Some embracing and kissing is seen.

Language: The script contains a strong expletive for sexual activity along with other profanities, scatological slang and some mild cursing.

Alcohol / Drug Use:Characters drink alcohol on several occasions and some become drunk. Men give illegal drugs to an employee on at least two occasions. He is later depicted as being high.

From the Studio: “They were known simply as “The Lost Boys.” Orphaned by the brutal Civil war in Sudan that began in 1983, these young victims traveled as many as a thousand miles on foot in search of safety. Fifteen years later, a humanitarian effort would bring 3600 lost boys and girls to America. In “The Good Lie,” Philippe Falardeau, (writer and director of the Oscar®- nominated Foreign Language film “Monsieur Lazhar”) brings the story of their survival and triumph to life. Academy Award® winner Reese Witherspoon (“Walk the Line”) stars alongside Sudanese actors Arnold Oceng, Ger Duany, Emmanuel Jal, and newcomer Nyakuoth Weil, many of whom were also children of war.” - by Warner Brothers

More About The Movie: Learn more about The Lost Boys of Sudan.

Why is it important for these boys to rehearse their family lineage? How can knowing about your ancestors give a person a sense of identity? Why is family so important to these refugees?

What kinds of cultural shock do these young adults experience upon their arrival in Kansas City? What efforts are made to help them adjust? What opportunities are available to immigrants in your community? How would you deal with cultural differences if you were forced to move somewhere new?

What sacrifices are made in this movie? How does Mamere define what is a lie and what is a good lie?

The most recent home video release of The Good Lie movie is December 23, 2014. Here are some details…

When an American baseball scout recruits some young players from India, he becomes more involved with helping them adjust to their new home than he expected in Million Dollar Arm. Culture shock is also a problem for characters in Cool Runnings, Crocodile Dundee and The Gods Must Be Crazy.

Related news about The Good Lie 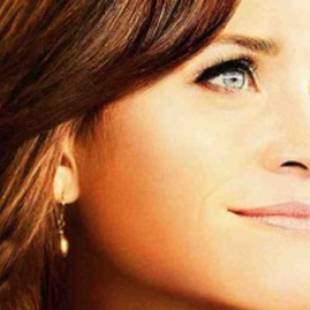