Although a successful rock star, Danny Collins (Al Pacino) realizes he doesn't have the happiness he hoped, espcially after reading a recently discovered forty-year-old letter addressed to him from John Lennon. Reassessing his real accomplishments, Danny sets out on a quest to redeem his life.

Language:
Approximately 65 instances of coarse language, including:
- Frequent use of the sexual expletive in a non-sexual context.
- Infrequent use of scatological slang, profanity, cursing, and vulgar expressions.

Alcohol / Drug Use:
- Frequent portrayals of alcohol and abuse.
- Use of an illegal substance (cocaine) depicted in some detail.
- Substance ab.use
- Tobacco use.

The most recent home video release of Danny Collins movie is June 30, 2015. Here are some details…

Can a person get a second chance at life? That is the hope for the characters who find their choices haven’t brought about the expected happiness, in the movies The Bucket List, The Magic of Belle Isle and Last Chance Harvey. 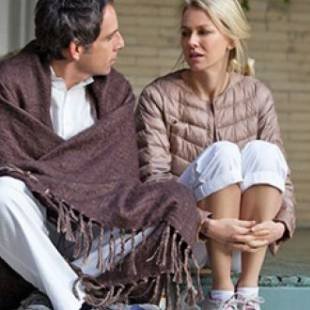