The Age of Adaline Parent Guide

Beautifully filmed and highly engaging, &quotThe Age of Adaline" quietly offers a lesson on our often insatiable desire to hold on to mortality for as long as possible.

A strange accident happens, and Adaline (Blake Lively) is inexplicably turned immortal. Afraid her secret may be discovered, she wanders through the twentieth century until a chance for true love becomes something worth dying for.

Violence B-
Sexual Content C+
Profanity B+
Substance Use B-

In our world we fight for longevity. We prioritize the ability to live a long time and dedicate much of our scientific knowledge toward life extension. But if we were given the opportunity to live forever, would we embrace it? And how would you feel if you were the only individual with such a gift?

Born in the early 20th Century, Adaline (Blake Lively) lead a reasonably normal existence until a car accident (shown with some detail) at the age of 29 left her near death. Lying in a pool of water, her hypothermic body is suddenly resuscitated by a bolt of lightening. What she doesn’t understand about her miraculous recovery is the freak incident has altered her physically, leaving her unable to age any further.

Decades pass, and in the present day our heroine is well over 100, but doesn’t look a day over 29. She has accepted a life of solitude, especially after she is forced to run from curious FBI agents in the 1950s. Now she follows a strict regiment of acquiring counterfeit identification every ten years and relocating to a new city. The only person on Earth who knows her secret is her aging daughter Flemming (Ellen Burstyn), whom Adaline yearns to stay close to and care for. However, the best plans are often shattered by love – and Ellis Jones (Michiel Huisman) is the man who walks into Adaline’s immortal life and causes her to reconsider how she will spend her eternity.

Obviously, to enjoy this film, you must first accept the nonsense science used to explain the phenomenon. Once you’re past that gate, there are many enlightening moments within this simple, yet unique, concept. We can’t help but feel empathy for Adaline while she endures the passing of years, as well as her friends and family. Yet we also recognize the amazing opportunity this young woman has had to absorb information and experience history.

Fans of the romance genre are the most likely to find this movie worth the price of admission. Fortunately, there are few content concerns for parents to consider. These include some brief scenes that imply unmarried couples have engaged in sexual relations (kissing is shown, as well as the characters waking up in bed together). And the aforementioned accident, along with the depiction of another crash (both shown from an in-car perspective) may be frightening for children.

Beautifully filmed and highly engaging, The Age of Adaline quietly offers a lesson on our often insatiable desire to hold on to mortality for as long as possible. It’s a warm story that left me reconsidering the blessings of aging while living in a society where eternal youth is continually worshipped.

Violence: Two car accidents are depicted with some blood and detail shown. A character drives recklessly and appears to be breaking the speed limit.

Sexual Content: An unmarried man and woman are seen briefly embracing and kissing, then the scene fades to black and they are seen in bed together the next morning with bare shoulders. An unmarried woman is seen in underwear and crawls into bed with an unmarried man. A moment of verbal sexual innuendo is heard.

Language: A mild profanity is heard along with a single term of deity.

Alcohol / Drug Use: Alcohol use is shown in a social setting. An emotionally shaken character takes a drink. Brief smoking by a secondary character is depicted within a period context.

The Age of Adaline Parents' Guide

Given the opportunity, would you choose to live in your current life forever? What would be the benefits? What are the negative aspects? Would you feel differently if everyone had this opportunity?

Most people of faith believe in an afterlife that includes eternal life. How is that different from the idea of living on earth forever?

If you knew how long you had to live, what would you change? Would you desire to know exactly how much time you have? How does the inevitability of death alter the world in which we live? How did the absence of death in Adaline’s future alter the way she lived?

The most recent home video release of The Age of Adaline movie is September 8, 2015. Here are some details…

The pros and cons of immortality are also explored in Tuck Everlasting. A young man plays with the past and future in About Time. And true love comes at a price for The Time Traveler’s Wife.

Related news about The Age of Adaline 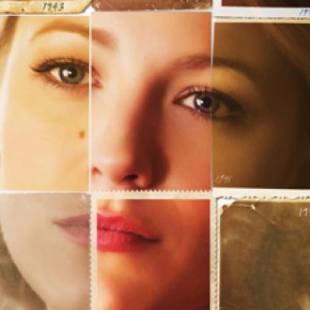