Listen to the complete story on our podcast…

Rightly or wrongly, after director Bill Condon's announcement in the UK gay magazine Attitude that, "LeFou is somebody who on one day wants to be Gaston and on another day wants to kiss Gaston" and that the comic sidekick would deliver "... a nice, exclusively gay moment in a Disney movie", there hasn't been much else said about this remake. Even Condon himself is now saying, "I'm sort of sick of [the questions about] this" and that "it's been overblown".

If there were concerns about boycotts and negative buzz effecting the box office, it seems those have been mitigated by record breaking pre-release ticket sales.

But just how big of a deal is this gay "moment"? Well, quite frankly, it's not. LeFou certainly hits all the stereotypical gay notes throughout the movie and his big scene is a few seconds long in which he's dancing with another man. In any other movie we would hardly take note, but because of all the attention it's a grand coming out.

I predict those who are pro-gay will be disappointed and critical of the limited screen time LeFou's big moment gets (maybe 3 seconds…) while the many who are viewing this as yet another expansion of Hollywood's "gay agenda" will be just as upset.

Perhaps this smoke storm was a publicity misstep that threatens to obscure the real story: Beauty and the Beast is a very good retelling of a tale as old as time. It lives up to the effects and visuals we've enjoyed in the previous two animation to reality transformations (The Jungle Book and Cinderella). However, the biggest issue for parents of young children will be some violent scenes—especially near the end of the film. No blood or gore, but with "real" people playing these roles and some gunshots, it's a bit more than necessary.

Poised to raise Disney's profits further, the studio is on a roll with this third remake that is, indeed, a stunning beauty. 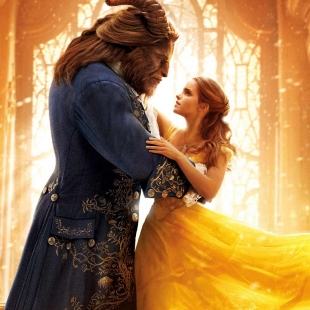 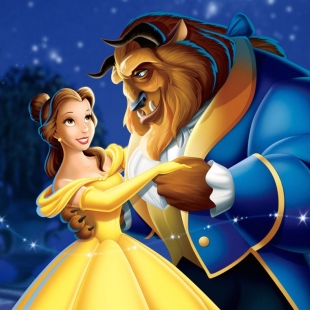 Beauty and The Beast

Beauty is in the eye of the beholder.