Parent Previews does not normally review Restricted movies and we will not be reviewing “The Happytime Murders”. But we are concerned by the trailer and our research into the pre-release publicity and want to make parents aware of the serious issues with this film.

“No sesame. All street.” Rarely is there as much truth in advertising as is found in the slogan for The Happytime Murders, which opens in theaters on 24 August 2018. Directed by Brian Henson, son of the late, great Jim Henson, this new movie will change the way you see puppets – and not for the better.

The Muppets we know and love from Sesame Street and The Muppet Show do not appear in this film. Rather, we are introduced to Brian Henson’s new creations – puppets who swear, use drugs, have sex, and kill. This is not just an edgy update of the Muppet world: it is a total inversion of it.

The positive messages of past Muppet productions are completely absent here, replaced with a host of disturbing issues. The first is profanity: describing his own movie, Brian Henson said, “All of our humor comes out of a very blue, very naughty, dirty humor place.” He isn’t kidding. The Happytime Murders clocks in at over 180 expressions of profanity or explicitly sexual language in a 91-minute show – which breaks down to two uses of coarse or vulgar language every minute.

Offensive sexual content is also a major component of the film, which features strippers, implied sexual activity, and ribald conversations. There are also sexual situations so graphic we cannot describe them on a family website. “I am deliberately rating it R,” said director Brian Henson, “because I actually wanted to make it clear that this is for adults. If you do it PG-13 and just skate the edge, I’d still have an audience full of five-year-olds, and that would be a problem. So, by making it an R rating, I’m making it clear that it’s for adults.”

When you add violence and drug use played for laughs, it is abundantly clear that this is not a movie for children – or for anyone looking for wholesome family entertainment. The studio, STX Entertainment, has declared that this new release is intended to “honor the heritage of The Jim Henson Company’s previous award-winning creations while drawing a clear distinction between any Muppets or Sesame Street characters and the new world Brian Henson and team created”. They hit one out of two: there is a clear distinction between this film and past Muppet productions. But in no way does this honor the heritage of The Jim Henson Company. Rather, it drags it through the sewer and profoundly tarnishes the legacy of a pioneer of great family entertainment. Happytime indeed. 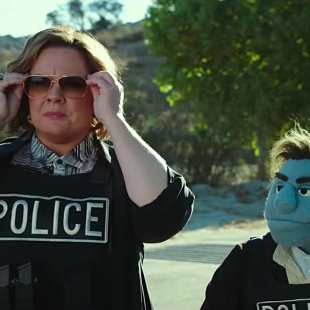 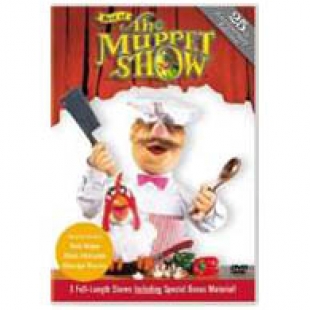 The Best Of The Muppet Show - Volume 6