When Raising Helen released, I felt it would likely rank as one of the best family films of 2004. As the months have passed, I still hold firm to that opinion.

When given the opportunity to sit in on a group interview with Garry Marshall, the director of Raising Helen, I wanted to know if he reflected the spirit of the movie. I wasn’t surprised to discover this legendary creator of movies (Princess Diaries I & II) and television shows (Happy Days, Laverne & Shirley), has a sincere heart. Although not all of his past work could be categorized in this genre, he does have some definite opinions on family movies, DVDs, and movie critics.

Parent Previews: Garry, what is the audience appeal in a movie like Raising Helen?

Garry Marshall: Families and raising kids is a big thing right now. This theme of how to raise children is very big in Hollywood and in society. The kids in the world have to make a difference, so we’re trying to raise them a little better. It’s about time somebody figured that out. In the 90’s we were worried about parents. Now the concern is more on kids.

PP: It’s a difficult environment for a picture that’s sweet and gentle. Did you have concerns about that with Raising Helen?

GM: I thought we had a picture that was funny and well acted. It’s hard in these days of explosion pictures to get a story through. The competition when Raising Helen came out was pretty tough. So people may have to see it in this DVD form, which is pretty good.

PP: Were your earlier efforts, like “Happy Days,” loud and strong enough to be taken seriously?

I’ve done very well doing family entertainment. Raising Helen attests to that. It’s a good picture for mothers, teens, and even fathers to see. I like movies the entire family can go to. As for loud and strong, I don’t have the word edgy in my vocabulary. I also feel that just straight crazy comedy doesn’t last that long.

Because I have grandchildren now, I like to make films the whole family can watch. I’m not so worried about critics anymore. PG and G are not the most heralded in the press, but so far, I make them and they’ve done well enough, they let me make them again. Bottom line is you’ve got to be true to the story.

PP: You seem to enjoy serious stories wrapped in comedy… why this approach?

GM: I spent my whole life with something happening that’s sad. But if you can keep your sense of humor, you have a running shot at it.

PP: Has there been a drastic change in film and TV, and how is it affecting society?

GM: We have not evolved so much story wise, so we gave up and went to reality shows. There’s’ still a few of us that think story has a place. Americans usually only like stories about themselves, except in one area: Royalty.

GM: I do think critics are more harsh on family films. Critics rarely go to the films with their children. The critics’ job is to find new things they love… something offbeat or something you never saw before. They are a little harsher. But they can’t hurt a family film. The truth is a family film is about emotion. Critics are best handling films they can analyze. You can’t analyze a little boy or girl tearing up. Family films are usually not cinematic, but I make them cinematic and pretty. That aggravates the critics.

PP: Do family films fit the “make $60 million the first weekend” formula? Do we risk losing this genre?

PP: How have DVD’s changed the filmmaking process?

GM: You used to direct a movie, now a guy on one shoulder says I’m making the DVD, and the other guy says I’m making the record album. I make the movie. But the DVD has been fun. It’s a great thing for directors because you’ve got to cut some scenes out. The first thing you do when you edit is cut out your favorite things. So I got to put some things back. I’m a big DVD fan.

PP: Do you enjoy the “making of” and “behind the scenes” stuff?

GM: Some directors say, “don’t tell everyone the magic,” but I think you should know that movies are wonderful illusions and wonderful make believe. As Spielberg says, “We don’t have to make you believe, we need to make you want to believe.”

PP: I know you love baseball. If you could have done that instead, do you think you would have gotten into Hollywood?

GM: Sports and show biz are so similar because they’re both so unpredictable. I still play baseball, even with my hips. But when I go to the airport I “beep”.

(Note: Dialogue in this interview has been edited for clarity.) 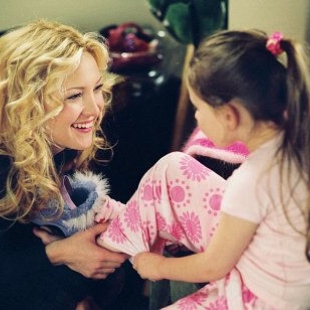 Who is raising who? 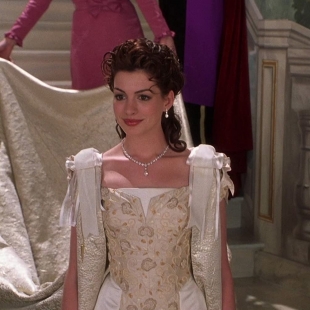