The ultimate Disney fan event, D23 Expo 2015, wrapped up in Anaheim California this past weekend. Bringing fans, celebrities and industry insiders together, the event was a stage for some big news from the Mouse House.

The biggest news swirled around Disney’s Star Wars franchise. Artist Drew Struzan’s Star Wars: The Force Awakens poster was revealed featuring Hans Solo overlooked by a trio of new characters. Like the original movies, the rough cut of the film is currently running 124 minutes, making it much shorter that the franchise’s prequels so you won’t be as likely to need the RunPee app for this intergalactic action adventure. With fans already counting down the days until it releases, the film is set to land in theaters on December 18, 2015.

A poster and footage for the new live-action remake of The Jungle Book brought fans to their feet when it was unveiled at the event. Directed by Jon Favreau, the film stars Neel Sethi as Mowgli along with voice work by Bill Murray, Scarlett Johansson, Christopher Walken, Ben Kingsley and Idris Elba.

Disney officially confirmed Orlando Bloom will be back in Pirates of the Caribbean: Dead Men Tell No Tales along with Johnny Depp and Geoffrey Rush. In this fifth installment in the franchise, Captain Jack Sparrow becomes the target of Captain Salzar and a host of deadly ghost pirates who have escaped from Devil’s Triangle. The film releases July 7, 2017.

Mia Waskikowska took to the stage to reveal more details about the upcoming movie Alice Through the Looking Glass. In this sequel/prequel, Johnny Depp returns as the Mat Hatter. When something goes terribly wrong, Alice sets out on a journey with Time (Sacha Baron Cohen) where she meets the characters in their younger years and discovers the cause of the Hatter’s madness. The film opens May 27, 2016.

While it won’t be coming to theaters soon, Toy Story 4 is under production. Directed by John Lasseter, the film will reunite Buzz and Woody in a love story between Bo Peep and the cowboy. Tom Hanks, Tim Allen and Don Rickles are already set to return. 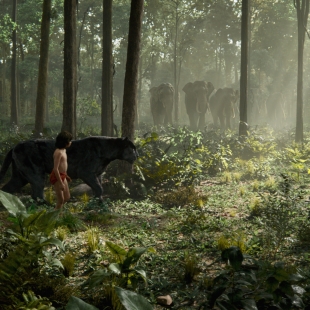