February 4, 2018 is Super Bowl. This year the Philadelphia Eagles face off against the New England Patriots. But if your anticipation levels are already rising for the big game, here are five movies to help tide you over until Sunday.

A small Virginia town is devastated when 75 people including their college football team, coaching staff and a number of supporters are killed in a plane crash in We Are Marshall. While the community reels from the loss, one surviving player begs the school administrators to rebuild the program in honor of the fallen players.

Rudy introduces an undersized and academically mediocre student who dreams of playing for the Notre Dame Fighting Irish. But first he has to be accepted at the university. Secondly he has to make the team. Although he is able to eventually suit up, he spends every game on the bench until he finally gets his moment on the field.

In Remember the Titans racial tensions threaten to tear a Virginia high school team apart when an African American coach is hired to head up the sports program in the 1960s. But despite attacks on his character, his coaching strategies and even his home, Coach Herman Boone remains determined to unify the coaching staff and his team of young players.

Football changed forever when Ernie Davis began playing for Syracuse University in 1959. Based on true events, the movie The Express follows the short career of this African American player who was recruited at the height of racial tensions in the 1960s. Then in 1961, this talented player, nicknamed the Elmira Express, became the first black player to win the Heisman Trophy.

While the kids in this movie likely won’t ever find themselves in the Super Bowl, Gridiron Gang portrays the positive benefits of being on a team for a group of violent young offenders. Based on the story of real-life corrections officers, Dwayne Johnson plays a probation officer who brings football to the detention complex where he works. There on the gridiron he teaches the young criminals discipline, hard work and team spirit. 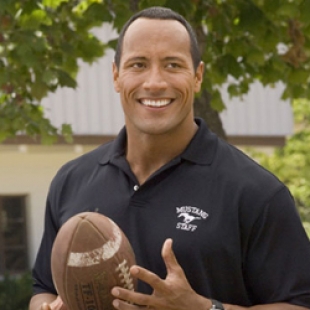 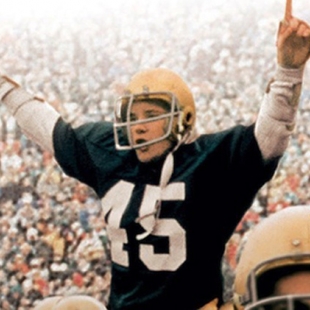 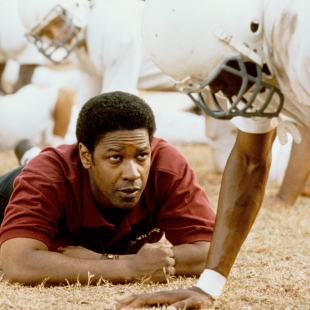 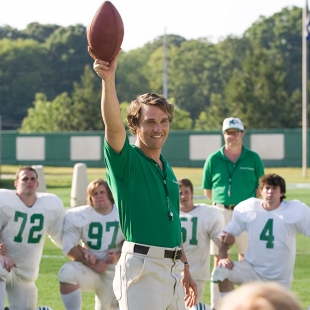 Getting back on the gridiron to combat grief. 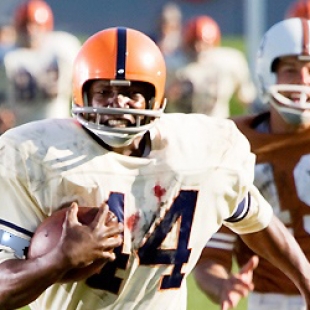