This powerful tale of tenacity and eternal optimism is worth seeing. There doesn't seem to be anything more inspirational than a human spirit that refused to be broken.

This bio-drama tells the story of Louis Zamperini (played by Jack O'Connell) who was an Olympic runner before he entered World War II where his ability to be a true champion is challenged in a Japanese prisoner-of-war camp.

Why is Unbroken rated PG-13? The MPAA rated Unbroken PG-13 for war violence including intense sequences of brutality, and for brief language.

Laura Hillenbrand’s book Unbroken has spent more than 180 weeks on the New York Times Bestseller list. At least 15 of those weeks it sat comfortably in the number one spot. Now the story of Louis Zamperini comes to the big screen under the direction of Angelina Jolie.

The young Louis (C.J. Valleroy), son of Italian immigrants, spends much of his childhood running into trouble with the police until his brother Pete (John D’Leo) convinces him to try out for the school track team. Finally with something worthwhile to run for, Louis (Jack O’Connell) becomes an athletic star in Torrance, California where his family lives. And then in 1936, he is named the youngest American qualifier for the 5000-meter race at the Summer Olympics in Berlin.

That alone might be enough to make a movie about, but it turns out Louis’ adventures are just starting. During WWII he serves as a bombardier in the Pacific. Sent out to rescue a downed squad, his crew’s own plane crashes in the middle of the ocean, leaving only three of them alive. For 47 days, he and Russell ‘Phil’ Phillips (Domhnall Gleeson) fight off sharks, catch fish and try to avoid bullets from a Japanese plane. Unfortunately, when the castaways are finally rescued it is by Japanese soldiers who throw them into a POW camp. There Mutsuhiro Watanabe (Takamasa Ishihara), a young and inexperienced officer, singles Louis out for mistreatment.

That Louis survives is incredible. That he goes on to forgive is almost unbelievable.

Yet many readers inspired by Hillenbrand’s book may be disappointed by the film’s depiction of Louis’ faith, or in this case, the lack of a depiction of his faith. As a child, Louis sits through a pulpit-thumping sermon on loving your enemies. And one of Louis’ fellow crewmen offers a prayer of gratitude after they make a miraculous landing with a battered plane. Louis even pleads for God to save them during a horrendous storm at sea. But the movie stops short of showing the prayers and promises to God that helped this captive endure his time on the raft and in the camps.

Still this powerful tale of tenacity and eternal optimism is worth seeing, at least for older audiences who can tolerate the abuse this soldier is subjected to on a regular basis. Along with some warfare and the suffering experienced on the raft, are lengthy portrayals of his plight as a prisoner. During these Mutsuhiro is depicted as something akin to a savage schoolyard bully. Disappointed by his own inability to rise in the ranks of leadership, he takes pleasure in torturing his captives with brutal beatings and cruel treatment. (In one scene, Louis is forced to hold a heavy beam over his head for an extended period of time.)

Despite the on-going setbacks in his life and the horrific treatment during his internment in Japan, Louis remains hopeful. And there doesn’t seem to be anything more resilient or inspirational than a human spirit that refuses to be broken.

Why is Unbroken rated PG-13? Unbroken is rated PG-13 by the MPAA for war violence including intense sequences of brutality, and for brief language.

Violence: Planes drop bombs on a city. Airplanes engage in battles. Bloody injuries are shown along with the death of some characters. A young boy is attacked and beaten. A youth steals items and then outruns the police. A child is shown getting the strap from his father. A crew makes a dangerous crash landing. Later another plane crashes into the ocean killing most of the crew. Men catch and cut open a bird and a fish. Characters are attacked by sharks, shot at by an enemy plane and subjected to dehydration and starvation. Enemy soldiers capture men. The sounds of a beating are heard. Characters are imprisoned, beaten with clubs, forced to stand in the cold, hit over the head repeatedly and forced to take off their clothes. Some characters endure broken bones. Soldiers are lined up and forced to hit another man in the head. Dead bodies and skulls are seen. A man falls to his death. A man is forced to hold a beam over his head. Soldiers are subjected to public humiliation and threats. Other disturbing scenes of torture and violence are seen.

Sexual Content: A boy positions himself under the stairs so he can look up girls’ skirts. Some crude sexual comments and references are made. Male buttock nudity is seen in a non-sexual setting when men are forced to undress by their prison guards. Brief scenes of embracing and kissing are shown.

More About the Movie:

Learn more about the real Louis Zamperini. This movie is based on his biography, written by Laura Hillenbrand.

Academy Award winner Angelina Jolie directs and produces Unbroken, an epic drama that follows the incredible life of Olympian and war hero Louis “Louie” Zamperini (Jack O’Connell) who, along with two other crewmen, survived in a raft for 47 days after a near-fatal plane crash in WWII-only to be caught by the Japanese Navy and sent to a prisoner-of-war camp. - Universal Pictures

What challenges did new immigrants often face when they moved to America? What impression did Louis’ family make on the community where the lived? How does Louis’ self-image affect his outlook on life?

One soldier says that the best revenge they can exact on their captors is to make it to the end of the war alive. How did these captives work together to help and encourage one another? How did the Japanese try to break the prisoners’ unity?

Events in Louis’ post-war life are shown on slides at the end of the movie. How did his faith in God affect his ability to overcome his post-traumatic stress from the war? Why do you think he chose to forgive his captors? How do you think they felt when Louis approached them? What characteristics or qualities helped Louis endure his time on the raft and in prison?

The most recent home video release of Unbroken movie is March 24, 2015. Here are some details…

The Railway Man tells the true story of another prisoner of war held by the Japanese in WWII. Other movies depicting the Japanese involvement with the war include Bridge on the River Kwai, Emperor and Tora! Tora! Tora! 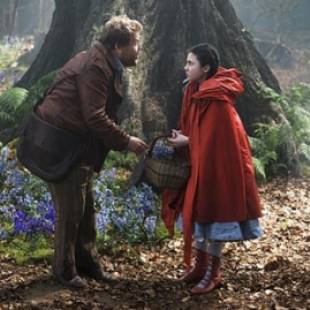