Radiation, misogyny, and science...who could ask for anything more?

Amazon: Although her life's work is scientific research, Marie Curie has struggled to gain recognition for her work. Between the radical implications of her research and the contemporary attitudes towards her gender, she has always had to work harder to make herself understood - but she aims to change that.

Violence B
Sexual Content D+
Profanity A
Substance Use B-

Why is Radioactive rated PG-13? The MPAA rated Radioactive PG-13 for thematic elements, disturbing images, brief nudity and a scene of sensuality.

Radioactive opens with Marie Sklodowska (Rosamund Pike), 26 years old, and fighting for respect from the scientific establishment in Paris. The young Polish émigré has just been evicted from her current lab because she’s considered difficult to work with. At loose ends, she is fortunate to run into Pierre Curie (Sam Riley), who offers her space in his laboratory. Demonstrating her imperious and prickly personality, Marie informs him that she will not be his mistress and that she refuses to work collaboratively. Luckily, Curie persuades her that his respect for her achievements is genuine and that working together will increase their abilities to make significant scientific discoveries. History bears him out – the couple (who married in 1895) discovered radium and polonium, won the Nobel Prize, and launched the world into the nuclear age.

Radioactive’s power comes from the steely performance of Rosamund Pike, who refuses to turn the film into a hagiography. Her portrayal is of a complex woman who is brilliant, driven, arrogant, combative, and so scarred by her mother’s death that she refuses to enter hospitals. She is a devoted, loving wife, and a brisk, sometimes unfeeling mother. She is devastated by Pierre Curie’s accidental death in 1906 but five years later has an affair with a married colleague – the exposure of which would trigger a public scandal. And she was to win a second Nobel Prize, the only woman to do so. Her status as an icon for aspiring female scientists is unassailable.

Parents or teachers looking for a film that features female scientists will appreciate this depiction of Marie Curie’s many achievements, but they will also want to be aware of the film’s content issues. There is an extended nude scene of the Curies’ honeymoon; the couple are shown skinny dipping and sunbathing, with full back nudity and a brief view of female breasts. There are also scenes of sexual activity, but the light is dim and there is no explicit nudity.

The content issues are unfortunate because Radioactive does more than simply offer a biopic of a remarkable scientist. As it weaves between Curie’s life and clips showing the future uses of her discoveries (medical radiation therapy, Hiroshima, Chernobyl), the movie raises questions both personal and global. How do female scientists balance career aspirations and family life? How do we remove barriers that prevent gifted scientists from making a contribution to scientific knowledge? To what extent are scientists responsible for what’s done with their discoveries? Was the discovery of radioactivity a blessing or a curse? These questions have a very long half life and are worth serious examination.

Watch the trailer for Radioactive

Why is Radioactive rated PG-13? Radioactive is rated PG-13 by the MPAA for thematic elements, disturbing images, brief nudity and a scene of sensuality.

Violence: A man coughs up blood. A man is knocked over by a carriage; blood is seen on the road. A woman slaps her husband in an argument. A bomb is seen falling over Hiroshima and the blast is briefly shown. A dead man is seen in a casket. A purpose-built town is hit by a nuclear blast: the houses burn and mannequins are seen melting. People scream anti-immigrant slogans outside of a woman’s house. A man dies in the Chernobyl reactor.
Sexual Content: There are several scenes of men and women kissing. A married couple are shown skinny dipping and laying naked in the sun. There is full back nudity and the woman’s breasts are briefly visible. A married couple have sex but the lighting is dim and there is no explicit nudity. There are two scenes of a woman in labor. She screams and forceps are visible. A couple has an adulterous relationship and are shown embracing and later in bed in the morning; sex is implied. There is a discussion of their adultery.
Profanity: None noted.
Alcohol / Drug Use: People are briefly seen smoking cigarettes. A main character drinks alcohol.

You can read more about Marie Curie here:

CSMonitor: Marie Curie: How she changed the world

You can learn more about her discoveries here:

History.aip.org: Marie Curie and the Science of Radioactivity

Eve Curie wrote a biography of her mother entitled Madame Curie. Susan Quinn has also written a well researched bio, Marie Curie: A Life. Younger readers can turn to Marie Curie for Kids: Her Life and Scientific Discoveries. Shelley Emling gives a look at the Curie family’s indelible impact on science in Marie Curie and Her Daughters. You can even grab the graphic novel retelling of her life and discoveries in Marie Curie and Radioactivity by Connie Rose Miller and Mark Heike.

Marie Curie was also an author and you can read her book, The Discovery of Radium and Radio-Active Substances. Chris Ferrie explains radioactivity at a much more basic level in Let’s Get Glowing.

The most recent home video release of Radioactive movie is July 24, 2020. Here are some details…

If you’re looking for movies about female scientists, you will likely enjoy Hidden Figures. This outstanding film tells the story of the African American women who performed the mathematical calculations that helped men go to the moon.

In Arrival, a female linguist is called on to help the military communicate with aliens who have landed on earth. Contact tells the story of a female scientist who’s using radio signals to look for potential life in the galaxy. 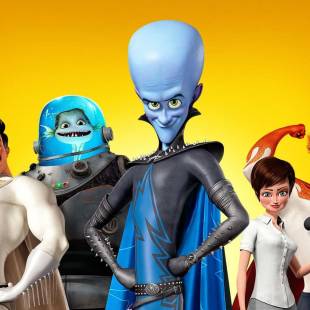