"E.T." is worth sharing with the younger generations that have not had the chance to experience its magic.

A boy named Elliot (Henry Thomas) meets an alien and they become best friends. The little creature personifies every child's dream of the ultimate imaginary playmate, but it is no game when government agents close in on and try to capture the lost space visitor.

Violence A-
Sexual Content A
Profanity B-
Substance Use B

When 10-year-old Elliot (Henry Thomas) finds a stranded alien hiding in his backyard he uses fairytale tactics and lures the elusive unidentified life form into the house with candy- covered chocolates. Once in the safety of his bedroom, Elliot has a chance to get to know his extra terrestrial stray and begins educating E. T. about life on Earth while keeping a protective eye on him. Before long, the boy lets his brother, Mike (Robert MacNaughton), and little sister, Gertie (Drew Barrymore), in on the secret. But as they closet themselves in with their newfound playmate, federal agents, eager to get their hands on the space visitor, zero in on the unsuspecting children.

This early Steven Spielberg foray into movies hints at the director’s legendary career to follow. By filming most of the adults at waist level, he shows us the wonder of their new discovery from a kid’s perspective. Spielberg also uses deep shadows and lots of steam to keep the alien shrouded in mystery while he meshes in his trademark share of ethical lessons. Tolerance, the importance of loving one another, and the security of home are strongly emphasized throughout E.T. These positive themes may outweigh the film’s brief content concerns—namely a few obscenities from the older kids.

No doubt younger children will be scared during the original discovery of E.T., but the fright soon turns to love as the creature’s best intentions are felt. The touching scene at the end, as Elliot says goodbye to his friend, will probably pull tears from even the toughest viewers.

Despite the incredible developments made in special effects over the intervening years, this 1982 production holds its own as a believable story today. Still, Spielberg felt the need to tinker with it when the film releases to DVD in 2002, for its twentieth anniversary. Using the more advanced computer technology, one of the changes he made was removing guns from the hands of federal agents (to decrease the depicted violence.).

Regardless of which version you see, E.T. is worth sharing with the younger generations that have not had the chance to experience its magic.

A boy named Elliot (Henry Thomas) meets an alien and they become best friends. The little creature personifies every child’s dream of the ultimate imaginary playmate, but it is no game when government agents close in on and try to capture the lost space visitor.

Characters chase alien. Characters take knives with them to investigate intruder. Character threatens siblings. Character falls in tub and is submerged. Characters briefly discuss poison.  Character cuts his finger and it bleeds. Characters in cars pursue others on bikes on several occasions. Character is distressed by medical intervention. Characters become increasingly ill and one appears to die.

At least: 3 moderate and 2 mild profanities, 5 terms of Deity used as expletives, and some name-calling.

Alcohol / Drug Use: B

How did E.T. react to scenes of conflict such as Elliot’s battle with his action figures?  How did he act when Mike and Elliot stole Gertie’s doll and threatened to tear it apart? What might his behavior tell us about the planet he came from?

This film has several examples of blatant product promotion. Can you name some of them? Do you think this is a good way for companies to advertise? Is this an acceptable way for producers to get extra cash for their film? Do you think a movie’s success (or lack thereof) will reflect on the merchandise?

The most recent home video release of E.T. The Extra-Terrestrial movie is October 9, 2012. Here are some details…

E.T. The Extra-Terrestrial releases in a 30th Anniversary Edition. The package includes:

- Blu-ray/DVD/UV Digital Copy of the movie

- The Evolution and Creation of E.T.

- The Music of E.T.: A Discussion with John Williams

The E.T.: The Extra-Terrestrial: 30th Anniversary Edition also releases with a Limited Amazon Exclusive Spaceship. This package, available for a limited time, includes all of the extras listed above, plus a model of the spaceship seen in the movie.

Twenty years after he first waddled onto the big screen, E. T. The Extra-Terrestrial is back in a special anniversary edition aimed at capturing a new generation of fans. The film sports digitally-enhanced sound and some previously unseen footage retrieved from the cutting room floor. Director Steven Spielberg also took the liberty of re-editing some scenes he was reportedly unhappy with in the original film. Using computer technology to alter the images, he made this film less violent by removing guns from the hands of federal agents.This 20th Anniversary Edition also boosts the following extras:

- A special introduction by Steven Spielberg

- Live performance of John Williams conducting at the 2002 premiere

- The Reunion: The cast and filmmakers discuss the impact of the film

- The Evolution and Creation of ET: hundreds of production photographs, conceptual drawings and original advertising in an interactive environment

For other tales of aliens try Contact or Close Encounters Of The Third Kind. Other movies featuring unusual friendships include An American Tail, The Indian In The Cupboard and Free Willy.

Related news about E.T. The Extra-Terrestrial 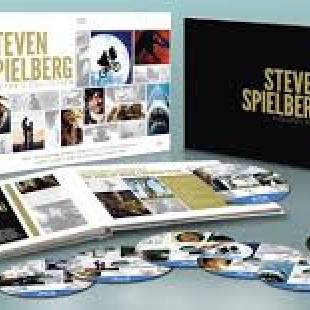