Gotham City deeds into violence as two villains, Two-Face (Tommy Lee Jones) and the Riddler (Jim Carrey) attack its citizens. Batman (Val Kilmer) is determined to clean up the streets, but he may need some help from another orphan-turned-crime-fighter (Chris O'Donnell).

Na-na-na-na-na-na-na-nah… BATMAN!!! I can still hear that theme song from the TV program I loved to watch. I especially remember the humor that was always evident, and was no more pronounced than when words like BIFF, POW, and WHAM would appear on the screen whenever the villain was being dealt with.

Now I spend my time writing and speaking about violence in television and movies, and I wonder if my sentimental side isn’t twisting the rubber arm of my critical mind. The old TV series was violent, but when I watch the new Batman, I am overcome with the amount of darkness and killing that happens on the screen.

In Batman Forever, producer Tim Burton continues his trademark legacy of dark movies with depressing scenes and dangerous streets. I remember two scenes that take place during daytime hours, while the remainder is a never ending sea of ominous buildings and people, to the point where all of the humor of the old Batman has been sucked up by the black hole called Gotham City that Burton has created.

Violence is the order of the day in Gotham City where bullets are plentiful, one wimpy guy gets locked in a safe full of acid, a helicopter pilot is killed like a fly on the wall, authority is challenged and the police are useless. Sexually aggressive women are plentiful (as they are in most movies that men make) and sexual innuendo often appears in the script that runs for a little more than two hours.

No, I’m not wrong in my belief that Batman has changed. The character I remember was able to laugh at himself and took on the business of saving Gotham with the positive attitude any good superhero should have. Burton’s Batman instead makes me suddenly wonder if Batman isn’t just a little more batty than man.

The most recent home video release of Batman Forever movie is May 21, 1997. Here are some details… 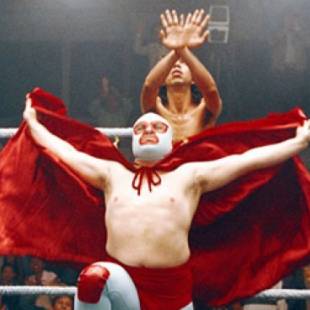